In the afternoon of October 4, 2019, IDJ Group held a meeting to exchange with the Educational delegation from the United Kingdom. The meeting was attended by leading educational institutions and schools in the UK, representatives of the British Embassy in Vietnam, representatives of the Ministry of Education and Training of Vietnam, and the entire leadership and the staff of IDJ Group. The British Educational delegation and the leadership of IDJ Group

The meeting was a part of the business trip of a British educational delegation to Vietnam, led by Mr. Ed Vaizey – the commercial envoy of British Prime Minister, to seek opportunities for cooperation in education and development of the UK’s advanced education model in Vietnam. These are all prestigious and large educational institutions, schools, and they have a long history in the UK such as King’s College Wimbledon, North London Collegiate School, Reigate Grammar School, etc.

At the meeting, Mr. Hoang Ha Phan – CEO of IDJ Group presented the potential of the education market in Vietnam. Mr. Phan also emphasized that “Education” is an area of ​​great interest in Vietnam today.

Some beautiful pictures of the meeting between IDJ Group and the British educational delegation: 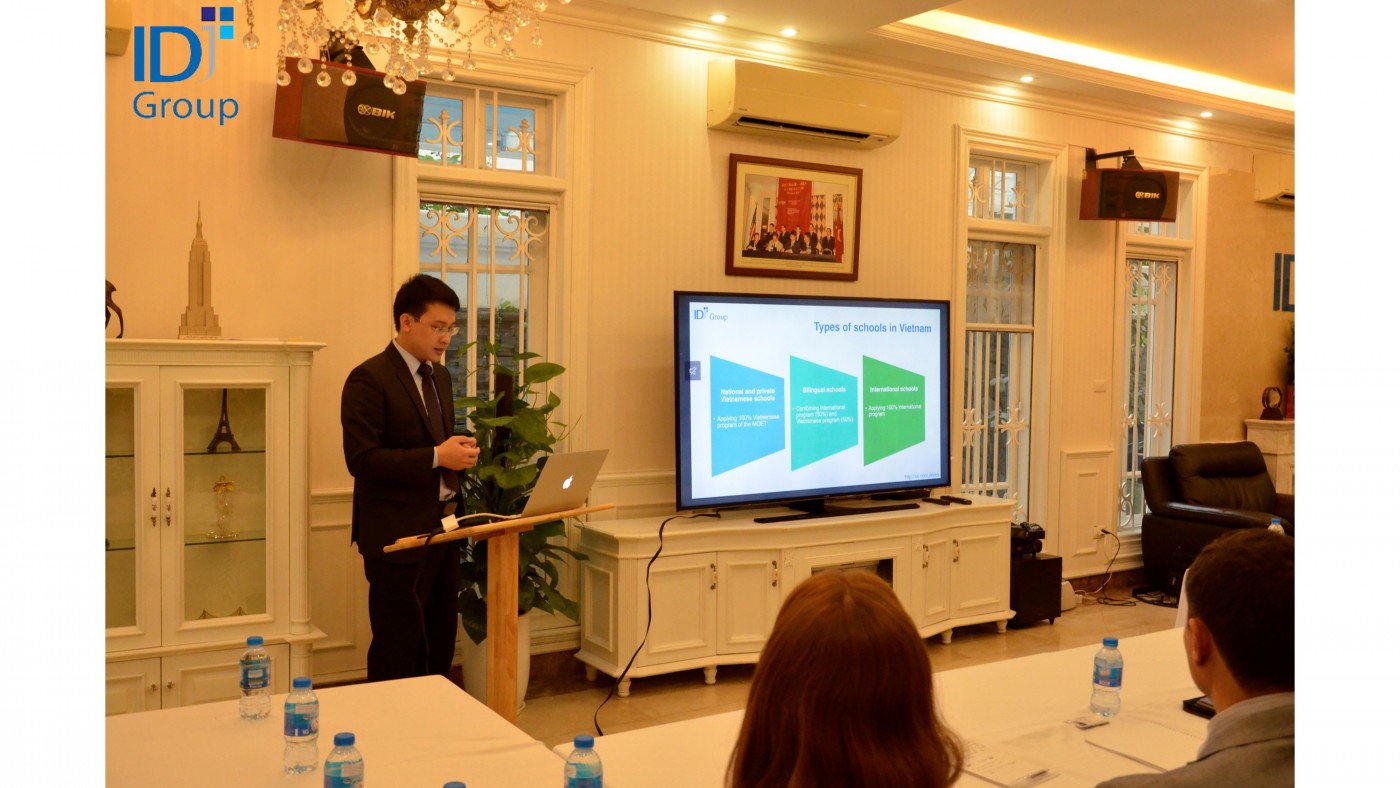 Then, representatives of the organizations also introduced their models and wanted to bring the world’s leading education to Vietnam.

The discussion concluded, the two sides had an intimate exchange and shared more deeply about the promising opportunities of future cooperation of IDJ Group and the partners. 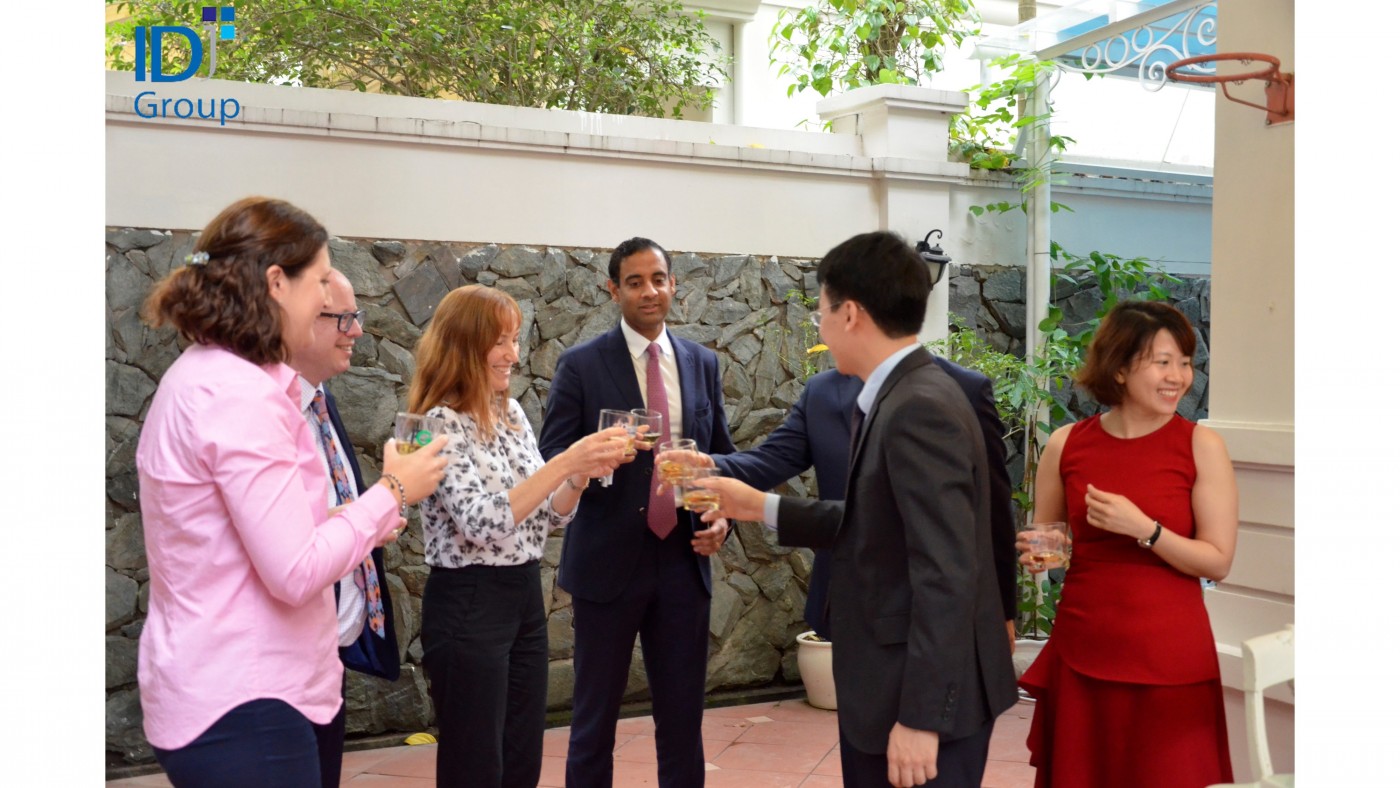 Before leaving, the Chairman of IDJ Group – Mr. Tran Trong Hieu awarded trophies to representatives of these organizations. 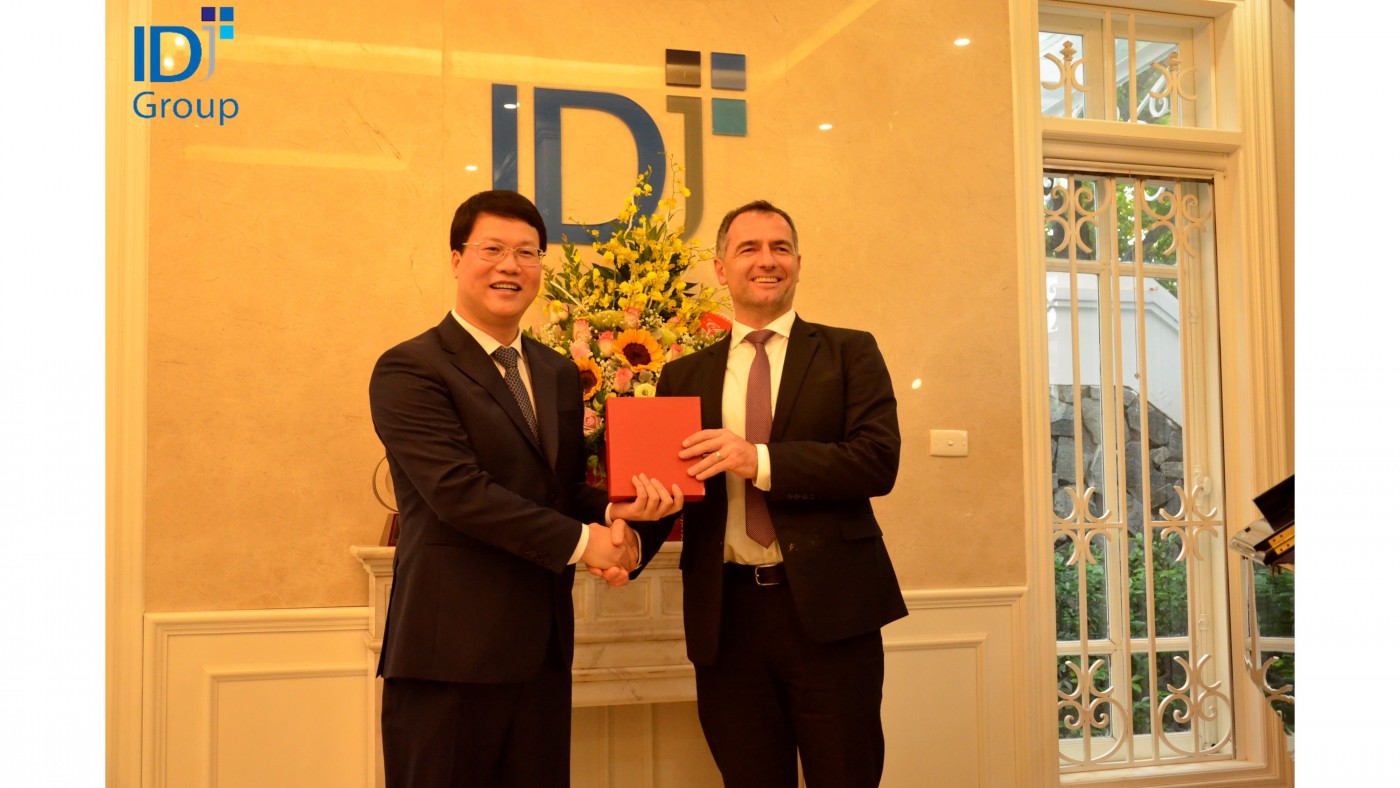 The visit of the British Educational delegation to IDJ Group opens a great opportunity for British investors and education developers to better understand the Vietnamese education market and open up opportunities for cooperation for investors, educational developers in Vietnam.

IDJ Group is a pioneer in developing bilingual schools, international schools, high-quality schools in Vietnam. With more than 10 years of investment and development in an international school, IDJ Group has enough experience and international relationships in the field of high-quality education. In 2011, IDJ Group was recognized as one of the 500 largest enterprises in Vietnam by the VNR 500 Chart. In 2014, IDJ Group received the New Era Award for the Technology, Innovation & Quality by Association of Management & Consulting in Paris, France.

Since its foundation, IDJ Group has affirmed its brand as one of the most innovative, effective and prestigious investment corporations in the market. Significant milestones in the development of IDJ Group include:

August 16, 2004: IDJ was established with the introduction of IDJ Connection JSC – the first investment and M&A consultancy company in Vietnam.

May 19, 2008: IDJ Engineering & Construction JSC (IDJ E&C) was established with a chartered capital of USD 5 million.

September 13, 2010: IDJF was listed on the Hanoi Stock Exchange (HNX) with the code IDJ

January 15, 2011: Recognized as one of the 500 largest enterprises in Vietnam – VNR 500 (Calculated according to the tax amount paid to the State). At the same time, the asset value of IDJ Group exceeded USD 61.5 million.

June 23, 2014: IDJ Group was rewarded with the New Era Award for the Technology, Innovation & Quality by Association of Management & Consulting in Paris, France.

May 12, 2017: IDJ Group established a new legal entity called IDJ GROUP in order to connect its member companies as well as connect and introduce international cooperation opportunities to the Vietnamese business community.